Choose your own interactive fiction

The yarnchapter is a magical place where writers and readers meet and stories come to life.

Create an account and write your own interactive story FREE!
Let's go to editor FREE (beta)

Midnight on the Mechanical Island

It was supposed to be a routine flight across the Mediterranean, from Cairo to Rome. You'd made the trip hundreds of times as a charter pilot. It was even a relief that the man who hired you fell asleep right after takeoff and wasn't going to be trying to make small talk with you during the whole flight. His hat tipped down over his angular face, legs crossed and hands folded in his lap. He seemed like the perfect passenger: quiet and rich. But when the instruments suddenly quit working on the plane, you realized this wasn't going to be routine after all. And as the plane began bouncing, shaking, and rattling in the sky, you knew you were going to have to set down right there in the water. You shouted for the man at the back of the plane to brace himself--but he was gone! There was no time to think about it, though. You crashed into the sea, and as the plane ripped apart around you and the water came rushing in, you blacked out. 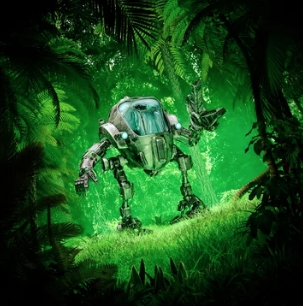 This site uses cookies for better user experience. With your consent we and our partners may use precise geolocation data and actively scan device characteristics for identification. See more in our privacy policy. Skip it     Accept it